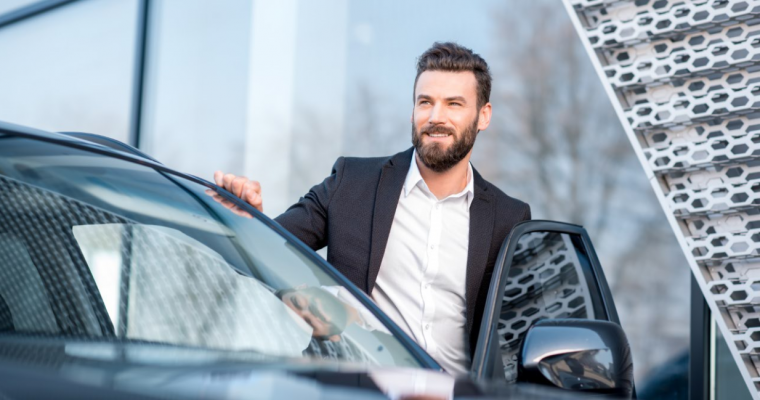 Uncertainty is part-and-parcel of doing business. Although the trick is to minimise the unknowns as much as you can, wherever you can, never have businesses faced as much uncertainty as they do at present.

How will the nation’s economy shape up after lockdowns and state border crossing restrictions end? What will our workplaces look like as we return to the office? How will overseas travel and growing COVID numbers in Europe impact labour market shortages here in New Zealand?

One thing that organisations using vehicles for their business, and to reward employees, can be certain of is, in the coming months – and, potentially, the coming years – a critical shortage of new vehicle stocks will have wide-ranging implications for fleet managers.

We’ve written about new car shortages in 2021 across more than one article. As anyone in the industry or everyday punters who’ve considered upgrading to a new car in recent months will tell you, buyers of all major makes and models are looking at anything from six to eight-month delays in getting their new rubber on the road.

The impacts of COVID on car manufacturing workforces across Asia and Europe is an obvious factor at play for these hold-ups but the flow-on effects of the pandemic on component manufacturers is also having a major influence.

As Josh Dowling wrote for drive.com.au, a global shortage of semiconductors is adding to existing supply issues. Semiconductors are computer chips that power crucial features of new vehicles like engine management systems, safety features, electronics and infotainment. Today’s new vehicles come off the production line fitted with anywhere between 400 to 3,500 semiconductors each. The manufacturing process for a single semiconductor takes approximately six months to complete.

“Despite the semiconductor industry increasing production by about 30 per cent so far this year, the technology suppliers are struggling to keep up with a spike in global demand for advanced electronics across computers, mobile phones, and cars,” he wrote.

“The world’s biggest car maker by volume, Toyota, is the most recent automotive giant to succumb to production interruptions caused by semiconductor shortages and factory slowdowns caused by coronavirus outbreaks in south-east Asia. Toyota is [expected to] cut global vehicle production by 40 per cent in September after running low on its stockpile of critical components.”

Noting that their flagship model, the Toyota LandCruiser would have delivery delays of up to 12 months for their customers in Australia and New Zealand, Dowling also noted that delivery times for other popular Toyota models like their RAV4 Hybrid have “once again blown out to between nine and 12 months, [while] Hyundai and Kia dealers are quoting delivery times of four to six months across most models.”

Fleet replacement? The time is now

Amid the myriad of considerations for optimal fleet replacement, new vehicle delivery delays now raise some important issues for fleet managers with vehicles that are getting a bit long-in-the-tooth or clocking up high mileage numbers, as well as vehicles approaching the end of their current lease agreements.

With delivery lags of six months to a year for new vehicles, the risks to your organisation could be big – in terms of both financial and human cost – if you start to experience reliability issues that impact your fleet’s ability to get the job done or that could have safety concerns potentially contributing to an accident.

This essentially means that NOW is the time for managers to confront the challenge of planning vehicle replacements, even if it’s something that would not usually be addressed for another six months or so. By looking at fleet replacement pronto, you ensure your organisation is utilising its fleet properly and your people are driving the safest, most economical, most efficient vehicles for the job, regardless of the current supply deadlock.

While there are stock issues, it doesn’t mean you don’t have options:

1. If you have vehicles that need replacing within the next six-to-12 months, you should be ordering new vehicles as soon as possible so you’re taking delivery on schedule and avoiding any costly delays.
2. It’s a basic law of economics that, when demand is greater than supply, prices go up. With no immediate end to production delays predicted, seeking to lock in a price now could help you avoid paying more in the future if other issues that slow down new vehicle production arise.
3. If you have vehicles in your fleet that still deliver a competitive total vehicle cost but their contracts are soon to expire, talking to your leasing partner about extending those agreements may be an option. Holding on to vehicles until supply issues ease might be a sound strategy if the sums are thereabouts.
4. Is the vehicle you’re replacing really the right choice for its current role? If not, downgrading from (for example) a 4X4 to an SUV or a station wagon might deliver better value for money.
5. Is there an electric option in the same vehicle class or category available for delivery now? It’s worth giving electric a thought, especially given these types of vehicles are the future of motoring.

Speak to us at SG Fleet / LeasePlan now about your fleet replacement options – and be ready for anything.