Driving Insights
Subscribe to Driving Insights
Previous articleThe squeeze on new vehicle supply
Next ArticleHow ready are NZ drivers for EVs compared to the rest of the world?
- Back to all articles - 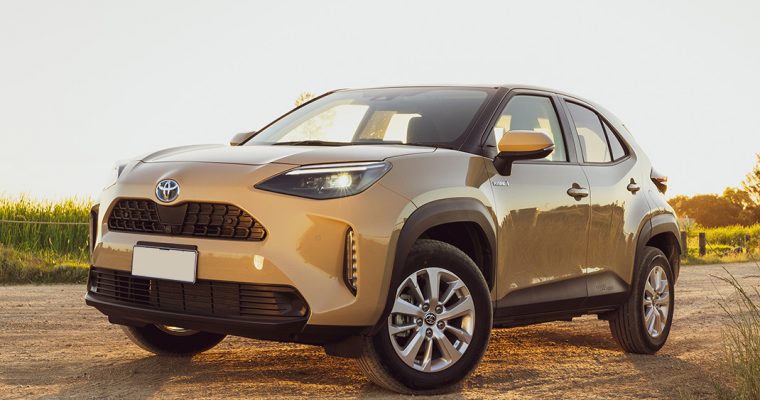 Toyota has been a pioneer of hybrid technology for more than 20 years and was at the forefront of the SUV revolution with its RAV4 well before soft roaders were the vehicle of choice for modern New Zealand families.

Now it has rekindled the spirit of that original baby bush basher – and reinterpreted the definition of a hybrid – with a new entry-level SUV that fuses together the best attributes of its popular Yaris city-sized hatchback with the RAV4 to create a new entry point into its expanding league of SUVs and four-wheel drives with this vehicle, the Yaris Cross.

As demand for SUVs continues to soar and the RAV4 grew in size over its five generations, the Yaris Cross slots into the Toyota family underneath the sporty C-HR, RAV4 and Kluger in its passenger car-based SUV range, as well as its traditional four-wheel drives in the HiLux-based Fortuner, Prado and flagship LandCruiser.

While it borrows some of the cute Pokemon-style design cues of the Yaris in order to justify its name, it is actually more than just a jacked-up, high-riding version of Toyota’s smallest hatchback. It is physically bigger in every dimension – and even larger than the original 1994 RAV4 – thanks to its unique body that is 240mm longer, 70mm wider and 80mm taller than a standard Yaris, following the same formula as its established competitors such as the Mazda CX-3, Mitsubishi ASX, Hyundai Venue and newcomers like the Volkswagen T-Cross, Ford Puma and Kia Seltos.

While it is available in two front-wheel drive model grades with a standard CVT automatic, the entry-level GX can be had with either a standard 1.5-litre three-cylinder engine or with a Hybrid configuration while the range-topping Limited can only be had as a Hybrid, with the exclusive option of a two-tone paint job.

In the base GX, the engine produces 88kW of power and 145Nm while the Hybrid variants feature features a lean-burning Atkinson cycle cylinder head that reduces peak outputs to 67kW and 120Nm. But, when linked with the 59kW twin-electric motor set-up, it almost matches the petrol motor for peak combined power at 85kW and trumps it for pulling power, with more than 150Nm of torque.

More than anything, the Hybrid set-up brings significant gains in fuel consumption.

In any case, even the entry-level GX comes fitted with a generous list of standard equipment, including 16-inch alloy wheels, air conditioning, a part-digital instrument cluster and a 7.0-inch infotainment touch screen with DAB+ digital radio, Bluetooth connectivity, smartphone mirroring for Apple and Android devices and a six-speaker audio system.

It has a comprehensive array of safety systems too, with radar cruise control, lane keeping assistance, speed sign recognition, rear-view camera, blind spot monitor and autonomous emergency braking (AEB) while occupants are protected by eight airbags including a class-first centre airbag that limits injuries between front-seat passengers in the event of a side impact.

We’re testing the Australian-specification GXL that sits somewhere between the GX and Limited models and is fitted with the range-topping all-wheel drive Hybrid configuration that isn’t offered in New Zealand.

Ignoring the additional rear electric motor that doesn’t bring any additional performance with the exception of improved traction in slippery conditions, the Yaris Cross doesn’t feel like a small car from behind the steering wheel as the high-seating position offers a commanding view through the expansive windscreen with great support from the bolstering and plenty of adjustment in the driving position. There’s excellent headroom for all occupants and surprisingly decent rear leg room for a car of this size, as well as a generous 319L of cargo-carrying capacity in the boot.

The overall cabin layout is simple, the hard plastics feel tough and the audio system is rather tinny in its sound quality, lending it more of budget-car ambience than its sticker price should command, but there are plenty of convenient hidey holes for storage and the display screen is easy to access for its myriad of functions.

On the road, the Yaris Cross surprises too with its well-rounded driving character that makes it feel more substantial than its size and specifications would suggest. The steering is nice and positive and the suspension is nicely calibrated in that it has a degree of suppleness that takes the edge of sharp bumps and yet feels planted and secure in the bends.

The petrol and electric powertrain work seamlessly with the CVT automatic as well. If you treat the accelerator gingerly, the Yaris Cross will smoothly and silently whoosh away from a standstill and can easily cruise at city speeds for short bursts using the battery power alone.

While the chubby little three-cylinder chimes in smoothly when you ask for a bit more, its arrival is rather noticeable thanks to its thrummy and warbling soundtrack. Despite that, the combined effort of the petrol and electric motors working together makes the Yaris Cross feel like it has a much bigger and more powerful engine than it does on paper.

It’s certainly not a sports car by any stretch of the imagination, but it is rather fun to punt along.

In the end, the Toyota Yaris Cross is a true hybrid – no matter which engine configuration you choose. Even though it’s at the pricey end of its class – and asks the question of whether you would pay the same money for a slightly bigger SUV – it’s a classy little machine that is ideally suited to tackling the terrain in today’s urban jungle, cheap to run, fun to drive and surprisingly bigger on the inside than you’d imagine.

If anything, and as the only petrol-electric option in its class, it further democratises the availability of hybrid technology and a great way to begin the transition to zero emission motoring.