Home Driving Insights
Subscribe to Driving Insights
Previous articleHow ready are NZ drivers for EVs compared to the rest of the world?
Next ArticleAdapting to growing car supply challenges
- Back to all articles - 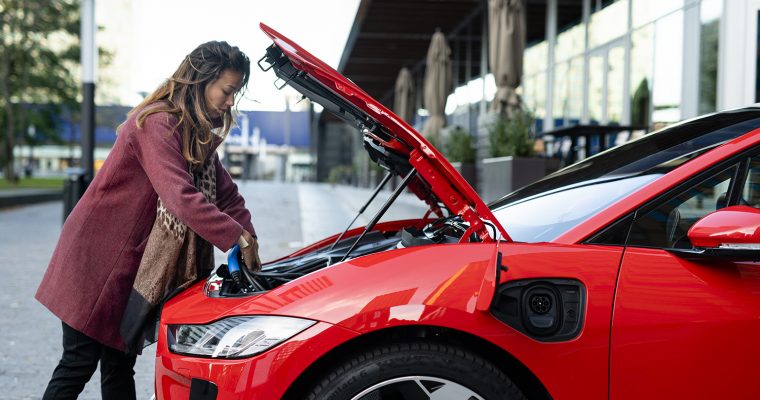 Naturally, there are still plenty of questions surrounding electric cars. Are they really cheaper to run? Are they actually better for the planet? What happens when the battery dies?

The list goes on… and on… simply because battery-electric vehicles are bringing such a radical departure from the familiarity created by more than a century of using predominantly petrol-powered cars.

Like most new and unknown technologies, there is also a level of anxiety about the safety of electric cars, partly due to increased media attention when unique issues arise.

So, let’s delve into the topic and find out whether electric cars offer just as much, or even more safety than we’ve become accustomed to and answer some of the key questions surrounding the unique fears of EVs.

Ok, for starters, there isn’t an electric car on-sale in New Zealand today that has scored less than a full five-star ANCAP rating, the crash-test body that independently evaluates the performance of vehicles to protect occupants in the event of an accident.

In fact, the majority of electric cars have among the highest individual scores, thanks in part to coming equipped with the latest in crash avoidance technologies such as all-speed autonomous emergency braking (AEB), adaptive cruise control, lane keeping assistance, rear cross traffic alert, and blind spot warnings. Most high-end models, such as those from Tesla as well as Audi’s e-Tron and the Mercedes-Benz EQC SUVs, are so advanced they are as close as legally possible to offering full driverless capabilities.

More than that, electric cars are constructed in such an entirely different way to petrol-powered vehicles that they bring increased occupant protection in the event of an accident.

At the affordable end of the scale, models like the Nissan Leaf, Hyundai’s Ioniq and Kona Electric, and the MG ZS EV are adapted from a traditional petrol-powered model with the same body and basic backbone. They therefore utilise mostly identical crash structures as the electric motors occupy the space where the petrol engine would normally be, and the battery is generally mounted in the rear of the vehicle in the same location as the petrol tank.

Dedicated electric vehicles, like those from Tesla, the Jaguar i-Pace, and the upcoming Hyundai Ioniq 5 among others, are designed from the outset with a different philosophy that uses the battery pack as a structural part of the vehicle’s platform. This is commonly referred to as a ‘skateboard’ and essentially removes any of the powertrain components from the front and rear extremities of the vehicle which, in turn, allows for more efficient deformation in the crash structures as well as stronger passenger cells.

As electric motors are physically smaller and lighter than most combustion engines, and require fewer auxiliary systems, they have less inertia in an accident which allows for vehicle engineers to better manage their movement and improve occupant protection.

And because they aren’t fed with a mixture of flammable fuel and hot oils, electric vehicles are unlikely to spill volatile liquids in the event a serious crash.

That’s not to say that high-density lithium-ion battery packs don’t have their own unique issues as they hold flammable electrolytic solvents and have the potential to overheat and catch fire.

This is called thermal runaway and occurs when the battery is exposed to excessive heat or any of the battery cells are damaged enough to cause an internal short circuit.

What happens in this situation is a leakage of electricity within the battery sparks a chemical reaction that generates more heat than can be naturally dissipated by the battery’s thermal management system, which exponentially increases the temperature of the battery until the flammable solvents ignite and catch fire.

Unlike petrol cars, which often erupt immediately when fuel is ignited as a result of an accident, the process which causes a battery fire is generally much slower and does not occur within the impact of an incident, which reduces the likelihood of injuries or fatalities related to fire. It also means the vehicle can be transported in time to a safer environment.

As a result, there have been very few casualties associated with EV fires around the world.

As a result, there have been very few casualties associated with EV fires around the world. Usually, any reported fatalities and injuries have resulted from the physical impact itself.

Battery packs can also overheat when recharging, usually when being re-filled via a high-voltage ultra-rapid charging station.

This is why, much like the pressure click in a petrol pump that prevents users from over-filling the tank, electric vehicles ‘talk’ to charging stations in order to limit the battery from being recharged beyond 80 per cent capacity. In the same way that blowing up the last portion in a balloon to its maximum capacity requires massive pressure, so too does a battery. And, in turn, the pressure to fill the top-end buffer generates a significant amount of heat within the battery. To safely fill the battery to its maximum energy storage, it is recommended to use lower output connections such as a dedicated wall box professionally installed at home or office, or a lower voltage 22kW charging station.

In any case, car makers are developing methods designed to prevent thermal runaway with most EVs being fitted with a thermal management system that keeps the battery operating within a safe temperature range. In the most basic scenario, some EVs simply re-direct cooled air-conditioned air around the battery to maintain a stable environment while more advanced battery-electric vehicles feature a dedicated liquid cooling circuit, much like a conventional radiator system in a combustion engine.

Lastly, there is little chance that using an EV can result in any form of electrocution in everyday use. The battery packs are sealed within protective cases that cannot be tampered with and public charging stations are fitted with ground fault circuit interrupters that immediately shut down the flow of electricity if it detects a sudden surge. They are also designed to operate safely in all weather conditions, including heavy rain and snow.

So, there you go, electric vehicles are just as, if not more, safe than the petrol-powered cars they will inevitably replace.

If you’re looking to make the transition to electric motoring, contact SG Fleet / LeasePlan today or download our free guide for more information.