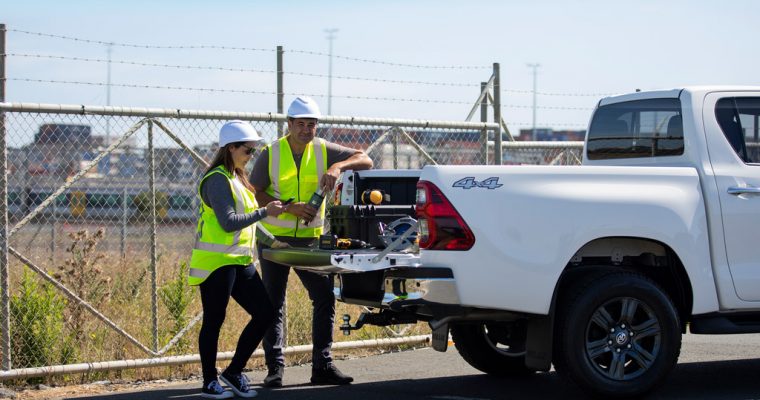 If today’s catalogue of electric city runabouts are hardly working for your business needs then you won’t have to wait long for tomorrow’s hard-working fleet of battery-powered utes and vans.

It was only natural for the EV revolution to begin at the bottom with small urban commuters as early lithium-ion battery technology could only offer a limited driving range and slow recharging times.

But rapid advances in energy storage and charging rates in recent years have allowed car makers to create a much broader range of battery-powered models, which will soon include light commercial vehicles such as delivery vans and dual-cab pickups.

Up until now, there has only been one fully-electric light commercial vehicle offered in New Zealand with the LDV eDeliver3 small van arriving this year. Ford also offers the Transit Custom plug-in hybrid locally that can drive on battery power alone for up to 56km.

But, the options for more battery-powered business vehicles will open-up dramatically in the next few years with a raft of powerful, long-range electrified load luggers.

For starters, the next-generation of New Zealand’s most popular vehicles – the Toyota HiLux and Ford Ranger – are expected to feature some form of hybrid powertrain option.

the Toyota HiLux and Ford Ranger – are expected to feature some form of hybrid powertrain option.

An all-new Ranger is just around the corner, with conventional diesel-powered models due to be revealed in full later this year while a plug-in hybrid variant is reportedly undergoing final development and will be added to the line-up within the next 24 months.

Considering the Ranger is being co-developed with Volkswagen for its next Amarok, it is highly likely the same 2.3-litre petrol four-cylinder with electric motor powertrain will feature in the German car maker’s second-generation dual-cab ute too.

Toyota will be a couple of years behind its rival, with a new-generation HiLux scheduled to be released in 2025 with, according to reports, a 2.5-litre diesel four cylinder mated to an electric motor. This all-new powertrain is also expected to feature in the next-generation Prado off-roader as well as the HiAce people mover and delivery van.

Ford, Toyota and VW could, however, be beaten to the punch as a collection of Chinese brands and new start-ups are racing to introduce New Zealand’s first electrified dual cab.

Chief among them is GWM (formerly known as Great Wall Motors), which previewed its EV ute at the 2020 Beijing Auto Show. Powered by a 150kW/300Nm electric motor and with more than 400km of driving range, GWM’s local management team is currently working on importing it to New Zealand soon.

Similarly, rival Chinese car maker, LDV, is in the final stages of right-hand development for the all-electric version of its T90 dual-cab ute that could arrive in New Zealand before the end of 2022.

Australasian conversions
Before all of them, Australian start-up H2X is set to begin converting a fleet of current-generation Ford Rangers to hydrogen power that could also be available locally. The H2X Warrego, as it will be called, will be offered in three model grades; a base-level Warrego 66 with a 66kW fuel cell with a 6.2kg hydrogen tank that is mated to a 200kW electric motor and supported by a 60kW supercapacitor; a mid-level Warrego 90 with a 90kW fuel cell and the same 6.2kg tank but with a 220kW electric motor and 100kW supercapacitor; and a flagship Warrego 90RX with the same powertrain but a larger 9.3kg tank.

H2X claims all three variants offer more than 500km of driving range, have similar performance to conventional dual-cab utes with a 1000kg payload and 2500kg towing capacity. The biggest advantage of a hydrogen fuel cell – which produces only water vapour – compared to an EV is that the fuel tank can be re-filled within 3-5 minutes.

The Warrego models are just the first in a range of hydrogen-powered commercial vehicles being planned by H2X, including vans, people movers, portable power stations and even farm machinery such as tractors.

The cutesy-looking trio, which are being targeted at small metropolitan-based businesses such as florists, bakeries, caterers and couriers, are being manufactured at the former Mitsubishi production plant in the Adelaide suburb of Tonsley Park and feature cutting edge carbon reinforced plastic bodies, 500kg cargo-carrying capacities and an electric powertrain with upto 200km of driving range with a partial load.

For those that require something larger, Queensland-based EV-Automotive, has partnered with Chinese bus maker Sky-Well Industries to sell the EC11 van in Australia – and potentially New Zealand. Soon to be available as either a 12-seater e-Crew or e-Cargo, the EC11 is powered by an electric motor with up to 100kW and 750Nm and has a liquid-cooled 73.5kWh battery with a 22kW on-board charger. This ensures the EC11 has a 1700kg payload capacity, a driving range of upto 300km and can be recharged within two hours on a DC rapid charger.

It won’t be long before a lot more large electric vans become available in New Zealand either as they are becoming more prominent, particularly in Europe and the US, from established car makers such as Mercedes-Benz, Fiat, Ford, Peugeot and more.

But the electric cars that are making headlines across the globe are big battery-powered pick-ups like the Ford F-150 Lightning, the reborn Hummer, Tesla’s polarising Cybertruck, RAM’s yet-be-revealed EV 1500 and a new player with big backers, Rivian.

While there are no definitive plans in place – yet – from Ford to bring the F-150 Lightning to New Zealand, and General Motors has no plans to produce the Hummer in right-hand drive, the Cybertruck is earmarked for export markets, RAM could bring its next-gen battery-powered pick-ups to New Zealand and Rivian has indicated it plans to offers its R1T dual-cab ute and R1S SUV locally within the next few years.

Ford
All four vehicles are ground-breaking machines. The Ford can accelerate from 0-100km/h in 4.4 seconds, tow a maximum of 4500kg, has a payload capacity of nearly one tonne, a driving range of up to 480km and its battery can be replenished in less than 45 minutes.

On top of that, it has myriad of external powerpoints that allows the truck to be used as a portable power source for power tools, lighting and other appliances.

Hummer
The Hummer, on the other hand, is an absolute brute. With 750kW of power, it will beat most supercars in a green light grand prix and yet it can traverse the harshest terrain thanks to its adjustable suspension and unique ability to crab walk when required.

Tesla
The Cybertruck is Tesla’s retro-futuristic idea of a large pick-up and comes complete with bullet proof windows. It was meant to be in production already, and many Kiwis have already placed their order, but the Cybertruck has been delayed – twice – and now is not expected to arrive until 2023.

RAM
RAM has promised its next-gen 1500 EV will have features that “surpass competitors” including a battery pack with up to 200kWh of energy storage that could deliver as much as 800km of driving range when it is revealed in 2024.

Rivian
Rival start-up Rivian is likely to beat them all with the first customer models rolling off its Detroit production plant earlier this month. The Michigan-based outfit, which is being bankrolled by Amazon, will offer the R1T dual-cab pickup with four electric motors and a choice of three battery packs (105kWh, 135kWh and 180kWh) with up to 650km of driving range.

Rivian’s management has indicated that New Zealand sales are on the company’s radar with a pre-production right-hand drive model recently spotted undergoing final testing in the south island.

You might not see them just yet, but whichever way you look there is a stampede of electrified workhorses charging across the horizon that will be suitable for your business fleet requirements.